Music on the Mountain Lifts You Up!

By YS5cu89
Posted May 15, 2014
In Events, Family Activities, What To Do
Music on the Mountain Lifts You Up!2014-05-152014-05-15https://www.glenwoodspringsantlers.com/wp-content/uploads/2016/11/Antlers-Best_Western-logo-New.pngBest Western Antlers - Glenwood Springshttps://www.glenwoodspringsantlers.com/wp-content/uploads/2014/07/let-them-roar.jpg200px200px
0

Each year the Glenwood Caverns Adventure Park highlights “Music on the Mountain” for the summer season.  Anyone can ride the tram up the mountain for free in exchange for a canned food donation benefitting the LIFT UP Pantry.  Not only will you lift the spirits of a local in need, but you’ll be “lifted up” literally to the most fantastic views in town for an evening of summer fun.  This is a fantastic outing for the whole family and it’s just a five minute walk to the tram from the BEST WESTERN Antlers.  What are you waiting for?

We're not around right now. But you can send us an email and we'll get back to you, asap. 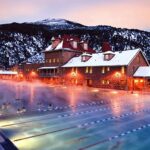 Glenwood Hot Springs Pool is Cooling it DownFamily Activities, What To Do 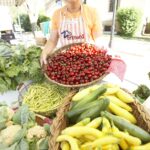 Glenwood Springs Market Opens Today!Events, Family Activities, What To Do